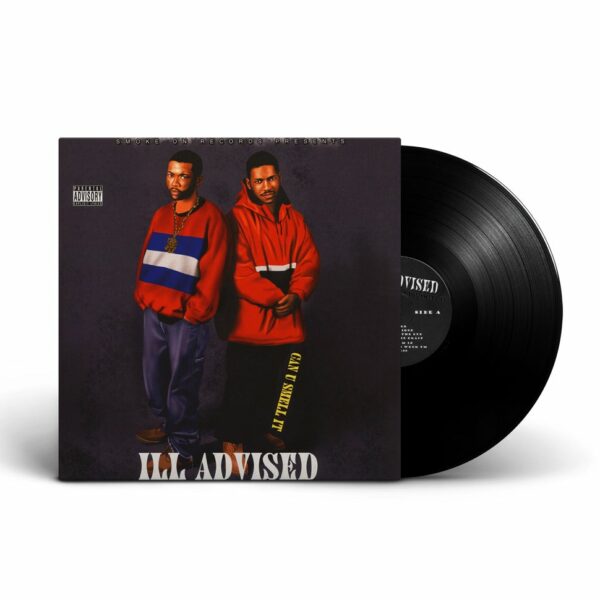 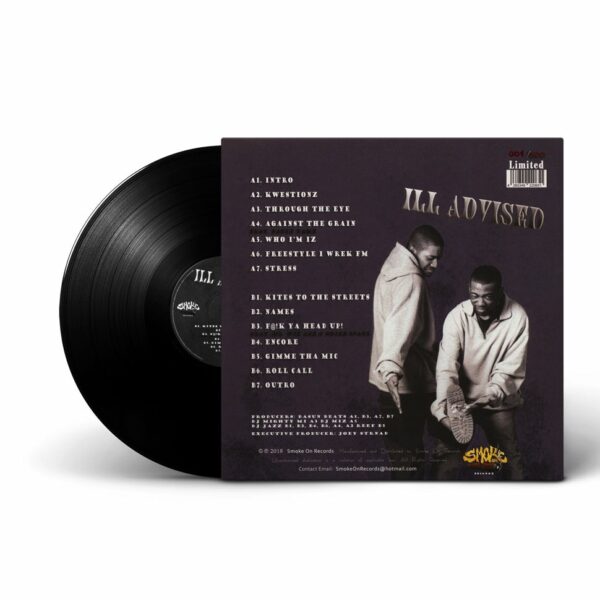 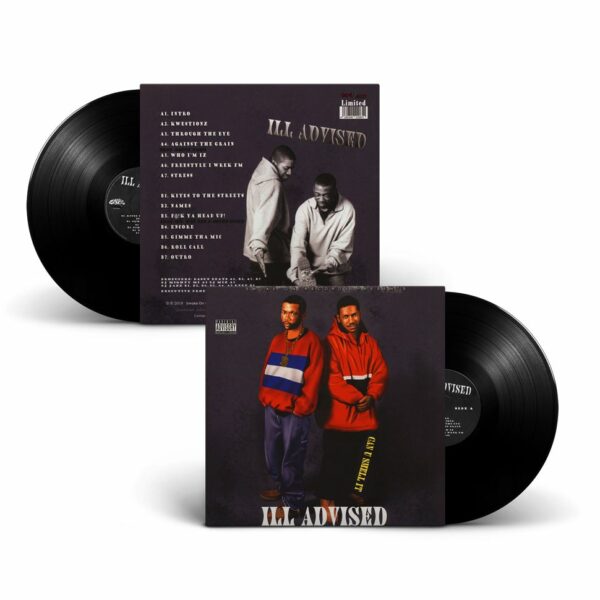 ILL Advised – Can U Smell It Vinyl

Limited edition of 500 copies only of this classic 90’s Philly album!

lLL Advised comprised of rappers Baby Blak, Mr. Lish, and occasionally Rasheed (aka Maylay Sparks) the crew put out a number of 12’inches in the mid-to-late 1990’s on Quake City and later Eastern Conference Records.
Quake City is a label out of Philly. lLL Advised recorded two albums for them that were only released in Japan under the “Blue Dolphin” imprint. In the States Quake City Records released number of 12’inches from the Ill-Advised crew, the first being obscure “Against the Grain/Kwestions/Through the Eye”, the second being the college radio hit “N.A.M.E.S./Encore”, and the last two the “1.9.8.6/Internal Affairs” joint and another pressing with a remix featuring The Roots. lLL Advised were also featured heavily on the first or second Eastern Conference Records 12’inch with the songs “Captivating Cultivating”, “All In Together Now” which featured Pauly Yams, and “Know A Little Nigga”.

Unfortunately, the crew fell off the map in 1999 when Mr. Lish went on a “judicial vacation” somewhere “up north”. There were a lot of problems with Quake City Records. The problems for the crew only magnified with Eastern Conference Records. Milo Berger, aka DJ Might Mi aka DJ Mighty Bi, never paid ILL Advised a dime for anything. Word on the street (and straight from Baby Blak’s mouth in an interview with Elemtree) was that they took Mi by force to an ATM machine and “intimidated” him into draining his account for them on the spot. Also, lLL Advised affiliate Rahsheed is said to have thrown a stack of Eastern Conference 12’inches into the Delaware River in the video for his track (and first release on Quake City Records) “Industry Party Bumrusha”.
lLL Advised has gotten their shit together somewhat as of late. Baby Blak put out a nice album in 2003 called “Blak Is Back”. Blak has also put out a lot of 12inches with DJ Revolution. He’s also done a lot of work with hip hop legend DJ Jazzy Jeff. Lish is supposedly out of jail and the duo are currently preparing their American debut on BBE records.