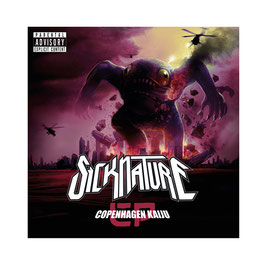 Sicknature is the Rapper and the Producer. Most people don't know Snowgoons member Sicknature produced underground classics such as Vinnie Paz - End Of Days, A.O.T.P. - Seven or La Coka Nostra - I'm An American just to name a few. The Signed Edition is opened and signed on the Cover but still wrapped in Plastic!