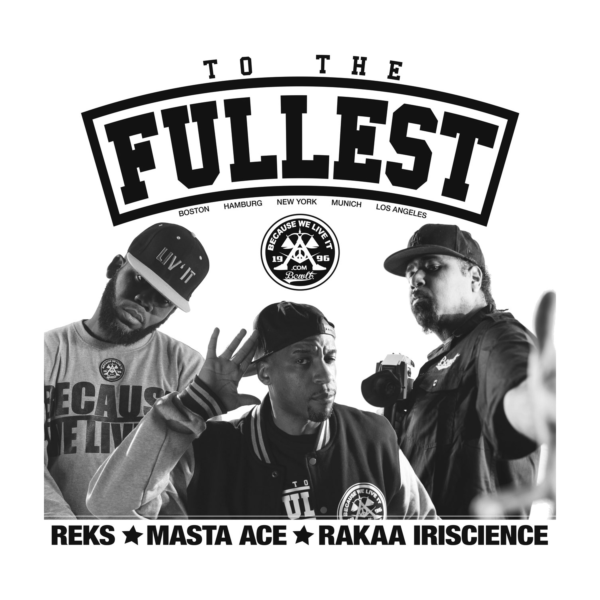 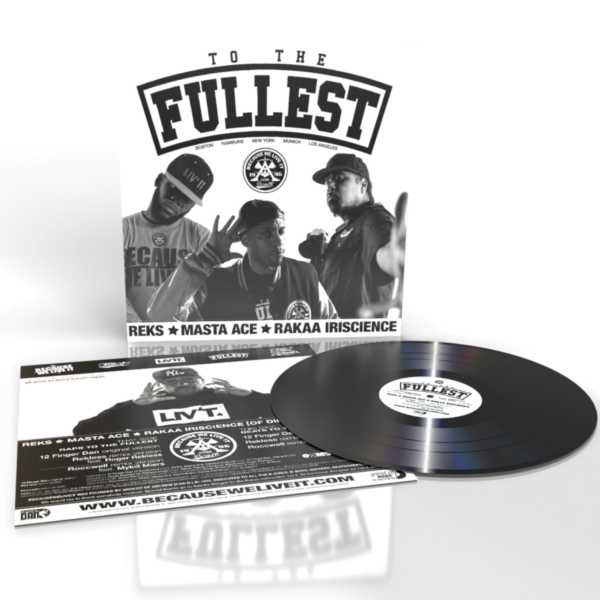 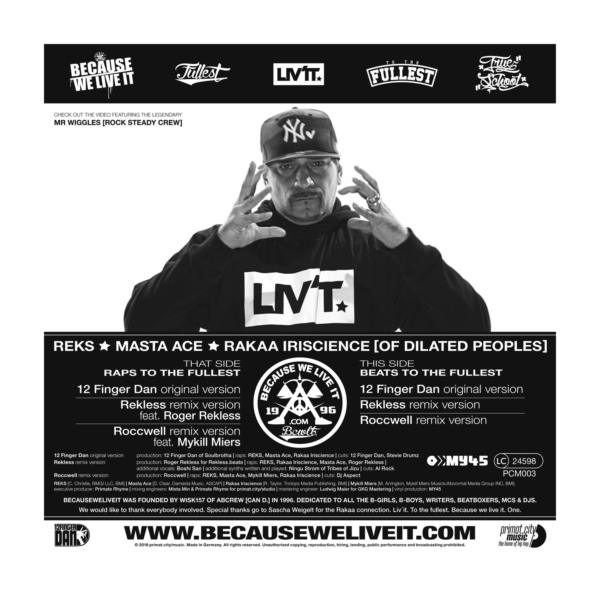 Because We Live It presenting a classic black 180 gram 12″ Vinyl including 3 versions plus instrumentals.

On 12 Finger Dan‘s original version we got REKS, Masta Ace, and Rakaa Iriscience (Dilated Peoples) droppin’ powerful verses – that’s Hamburg, Boston, New York, and Los Angeles united for the cause of that boom-bappin’ true Hip Hop. For the cuts on the original version Stevie Drumz from Munich joined 12 Finger Dan of Soulbrotha, and they went crazy.

The spherical Dilla-esc Rekless remix does not only feature an extra Roger Rekless verse and him plus his companion Boshi San singin’ the hook. But also some extra keys by Ningu Storm of Tribes of Jizu, and scratches by Al Rock who is one of Roger’s 4zu1 crew members.

Version #3 is on a beat by Munich Boom Bap producer Roccwell. Besides REKS, Ace, and Rakaa another LA legend stepped up to the mic. Mykill Miers the Hitchcock of Hip Hop! DJ Aspect, former IDA/ITF champion, also from Munich, did what a dj gotta do.