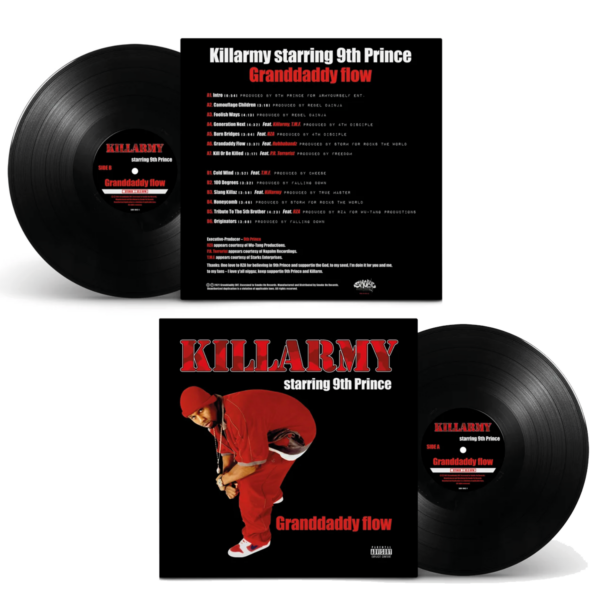 9th Prince alias Madman aka Iron Fingers one of the founding members of rap group Killarmy. He was initially responsible for bringing the various members together, under the guide of his older brother the RZA from the WU Tang Clan.

A1 Intro
A2 Camouflage Children
A3 Foolish Ways
A4 Generation Next (featuring Killarmy, T.M.F.)
A5 Burn Bridges (featuring RZA)
A6 Granddaddy Flow (featuring Rubbabandz)
A7 Kill or Be Killed (featuring P.R. Terrorist)

B1 Cold Wind (featuring T.M.F.)
B2 100 Degrees
B3 Slang Killaz Killed (featuring P.R. Terrorist)
B4 Honeycomb
B5 Tribute to the 5th Brother (featuring RZA)
B6 Originators