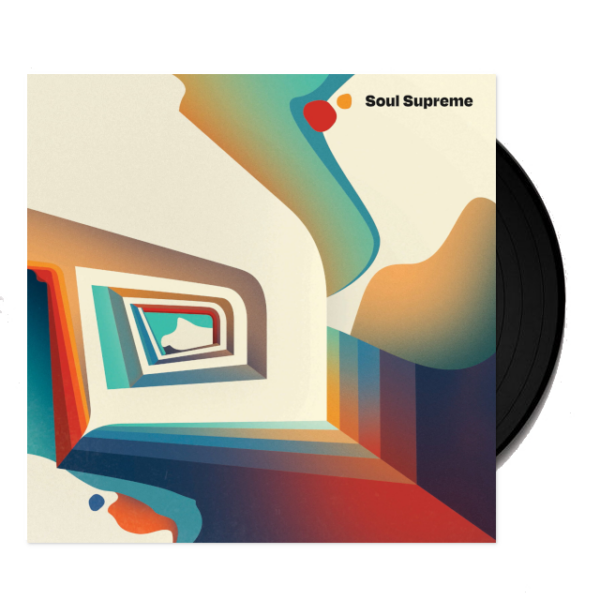 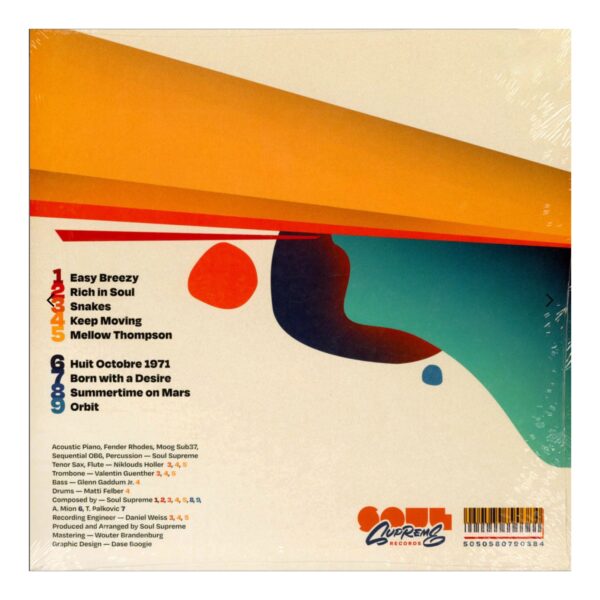 It feels odd to call this self-titled release by Soul Supreme his ‘debut album’; the Amsterdam-based keyboardist, DJ & producer has been widely recognized for over six years now. With best known his 45 records reinterpreting music by Grandmaster Flash & The Furious Five and Mos Def (sold out within a matter of days), and more recently his ATCQ 45 Check The Rhime b/w Lyrics To Go (an instant success with two represses). But here we are, with his first official album with his own compositions and productions. Chasing more supreme sounds on this self-released LP.

The album finds Soul Supreme in a dizzying array of musical twists and turns. From the infectious house vibe on ‘Rich in Soul’ to broken beats on ‘Keep Moving.’ And from putting the soul in a synth on ‘Mellow Thompson’ as if the keys are singing over hip-hop drums, to the G-funk-in-space album closer ‘Orbit.’ And in good ol’ Soul Supreme fashion, two reinterpretations of tracks he loves: French sample classic ‘Huit Octobre 1971’ by Cortex (sampled by MF DOOM, Madlib, Tyler the Creator), and an ode to the late last year deceased L.A. jazz-fusion multi-instrumentalist Tony Palkovic (‘Born With A Desire’).

Back in print with a revamped cover art.