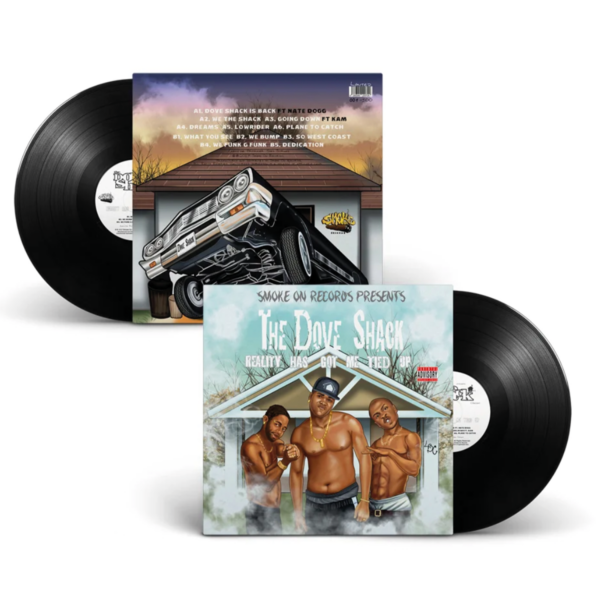 The Dove Shack – Reality Has Got Me Tied Up Vinyl

For First Time On Vinyl!

The Dove Shack was a G-funk group from Long Beach. Consisting of C-Knight, Bo-Roc and 2Scoops, the group made their debut with the song “This Is the Shack” on Warren G’s album “Regulate…G Funk Era”.

Under the same name they released their first album back in 1995 with the substantial hit single “Summertime in the LBC” featuring Arnita Porter. They later contributed to a few compilations, and released “Reality’s Got Me Tied Up” in 2000.